Once Upon A Time

When I was about 5 years old I decided one day that the training wheels on my bike had to come off. So I went to the toolbox, grabbed a wrench, and without any adult supervision I removed those training wheels. Fast forward 10 years and I was still subtracting wheels from the bike riding equation. This time after being inspired seeing a wheelie being ridden across one of Portland Oregon’s many bridges. I began practicing riding up hills by my house, balancing around the corner, and with years of practice was eventually coasting downhills as fast as the traffic.

People started to take notice when they would see me day after day riding all over town never setting the front wheel on the ground. By the time I had been given the nick name “Wheelie Guy” I needed a good reason to be riding wheelies around so they wouldn’t think I was just showing off. It was right around that time I heard of charity:water.

I’m sure you’ve heard by now; there are 800 million people around the world who don’t have access to clean, healthy, drinking water. There are remote villages where families have to walk for miles and take hours out of their day to collect water from distant sources. The worst part is, that water they fetch is making them sick, kids aren’t going to school, and mothers are suffering just to keep their families alive. Anyone can help change their circumstances, I happen to do it by riding wheelies on my bicycle. Here’s how charity:water is saving the world.

Bring the Water Crisis to the World Stage

Now I have a good reason for riding on the back wheel all the time. Hopefully my unique skill and passion for equality will capture some attention, and shed more light on the clean water crisis. After setting a World record in September 2012, riding a wheelie for 13.5 miles in under an hour, Wheelie for Water raised $5,000 and sent it straight to charity:water. Two years later, and the record has been broken so training must begin again and more clean water to be drilled for. 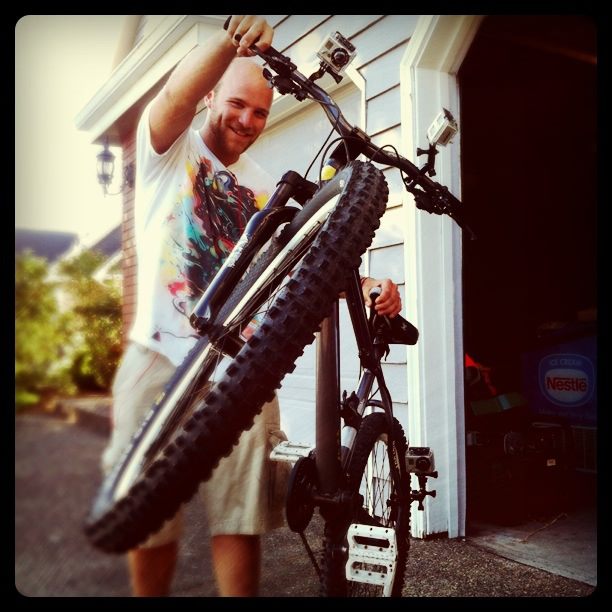 I believe everyone deserves clean water and fulfilling a happy, healthy life.